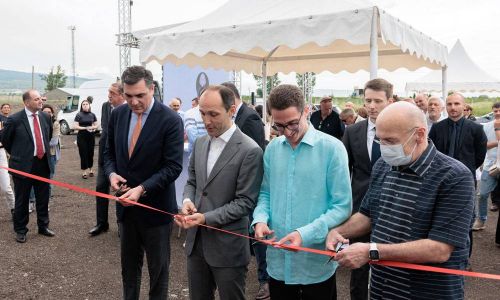 
Through Enterprise Georgia’s support, another new plant has been opened in the Tsilkani village, Mtskheta-Mtianeti region. In Tsilkani, the construction of the snail processing factory belonging to a company named Timeo was recently finalized. The company utilized Enterprise Georgia’s Credit-Guarantee Mechanism and has received a 1.5 Million GEL loan as part of the program.

Timeo invested approximately 7 Million GEL to construct the plant. The plant of the highest standards is unique factory code and CE certificate. Currently, 100 people are employed at the factory, including the local community members.

The plant in Tsilkani, which is the only one of its kind in the region, will process 1,000 tons of snails annually and export all of it to France. Timeo already reached an agreement with a big French company, in accordance with which Eskali, which is a leader in the French Mussels and Fish market, will fully purchase the processed snail from the Georgian plant.