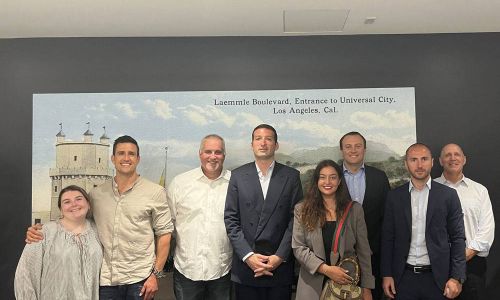 As part of the Film in Georgia Program, a work visit was organized in June, 2022. The 6 Georgian production company representatives met with the leading global companies from the film industry. They also took part in the American Producers’ Guild event – Produced By Conference.

Through the support of the USAID Economic Security Program, a networking event was organized. It was attended by international producers and location managers. Some of the American representatives were already familiar with Georgia, through Enterprise Georgia’s FAM trips.

The meeting was also attended by American film industry representatives who are now considering Georgia as one of the important locations in Eastern Europe for shooting films. As a result of the active communication between them and Enterprise Georgia, another FAM trip has been planned in Georgia. At this stage, locations are being selected for concrete projects and budgeting processes are being set up.