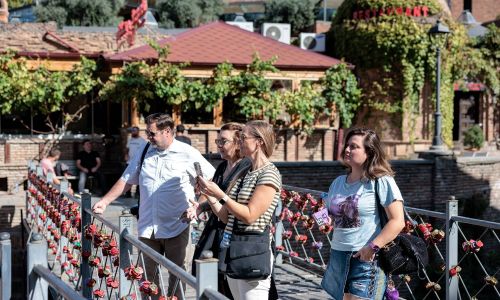 
Representatives of the Hollywood film industry are visiting Georgia as part of the "Film in Georgia" program.

It is worth noting that American location scouts have a list of certain movies for which they look for shooting sites. In particular, there is a lot of interest in the search for locations that will be used to film martial arts episodes and Soviet architecture.

The scouts will learn about the country’s creative industry and its potential. Moreover, they will be travelling to several parts of Georgia to find interesting filming locations. The tour specifically designed for the three guests will be taking place on 16-22 September. The guests will have the opportunity to visit Tbilisi, Mtskheta, Rustavi, Kazbegi, and a number of well-known locations in Batumi.

Since 2016, Enterprise Georgia has been implementing the Film in Georgia program, as a consequence of which several production companies from Europe, Asia and the US have already worked in the country prolifically.