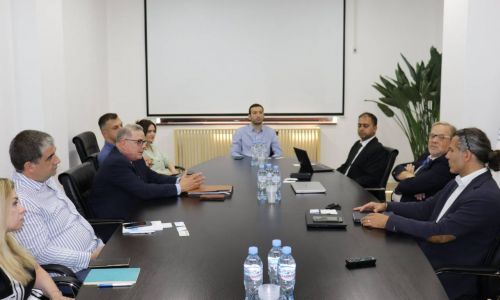 
Initiated by Enterprise Georgia and through the involvement of the Georgian Civil Aviation Agency and United Airports of Georgia, a Maintenance, Repair and Overhaul Service Feasibility Study is being developed.

The research is being supported by the USAID Economic Security Program and implemented by Frost & Sullivan, representatives of which met with the Enterprise Georgia Director, Mikheil Khidureli, and the United Airports of Georgia Director Tamar Archuadze and discussed the country’s potential in this direction.

As part of the country visit, the Enterprise Georgia Deputy Director, Tornike Zirakishvili, as well as the Invest in Georgia and the United Airports of Georgia teams went to see the Kutaisi airport territory together with the Frost & Sullivan experts. Moreover, the experts also studied the Tbilisi airport territory.

The MRO Feasibility Study will be finalized by the end of summer. The research will include a detailed analysis of Georgia’s potential in this direction.